Magna's Telemotive Test Automation (TTA) is a test automation tool. It is an open and easy-to-use software framework. This makes it possible to create test cases quickly and flexibly.

Products are becoming more and more complex, standards and regulations have to be observed and various hardware and software platforms have to be integrated. It is therefore all the more important to develop the right software in order to achieve optimal customer satisfaction.

TTA is easy to learn and accelerates development cycles. This leaves you and your team free to do what really matters - to develop great products for your customers.

Software Quality Lab is a partner of Magna Telemotive.

Contact us with any questions about Magna Telemotive products!

Telemotive Test Automation is a dedicated automation tool that enables flexible adaptation to any hardware or software. Based on Python 3, the tool enables the developers to use open source packages and to benefit from an elaborate reporting with clear visualization. Pre-assembled units, sample code and easy-to-apply test case implementations enable a straightforward learning process for new users as well as accelerated development cycles. We continuously improve Telemotive Test Automation at the pulse of the market and offer customized solutions for individual requirements.

The open programming interface (API) supports the interfacing to any hardware and software products on all layers of the OSI model. Most notably is the management of own features: The user is not restricted to the scope of features provided by MAGNA Telemotive, but can freely program his own units (i.e. features) and functions. Numerous examples are provided in the user documentation to this end.

Pre-assembled units, a detailed user documentation and the flexibility derived from the programming language Python® enable the creation of test cases using TTA in a short period of time. Test cases can be conveniently converted from requirements platforms into a test case skeleton, and clustered into test sequences via drag&drop. Particularly striking is that the syntax of Python corresponds to that of TTA, which renders programming a lot more comfortable. Moreover, it is possible to implement open source packages consisting of already finished code. TTA enables you to use open source packages from the Python® community, which have already been used and reviewed in a large variety of applications in various areas.

TTA issues a three-level HTML report for each test run. This includes an overview for test managers, a report on the results of the respective test cases, and the individual test run reports. All reports can be exported, e.g. as PDF.

The clear and well-structured user interface (HTML 5 GUI) enables a fast and practical introduction to the field of automated testing. For testers with no previous experience in software development, the execution of tests and the interpretation of reports are held in an intuitive, understandable way. The documentation and exemplary code on the other hand allow a fast and easy introduction for new software developers.

The remote function can be used to verify and control the individual test benches and testing stations from other TTA instances within a network. This ensures more flexibility for a test fleet and the possibility to act faster. The test bench overview gives a better picture and allows for configuration of the most important parameters. Overviews and options are adapted to your needs.

The use of TTA can create important synergies, above all with suppliers, but also with OEMs in validation projects. Automated tests can be transferred to other projects or test setups with comparatively little effort. Thereby, no knowledge is lost and existing code can be reused for further test scenarios with minimum adaptation effort.

We provide solutions, not just licenses! 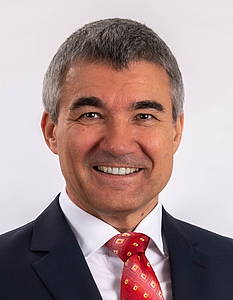 We would be pleased to help you with any questions regarding tool topics.

For free information or an appointment we are gladly available at any time.